Learn more about the people behind this comic - Stuffed Rock Studio!

Mara is the first comic from Stuffed Rock Studio, about the titular character, Mara. Follow her on an adventure that takes her from her little fishing village to the far reaches of the world!

Dylan Goss is a software engineer by occupation, and storyteller at heart. Of all the stories he's told, that of Mara has been the best received. So, he decided to bring that story to a wider audience.

Rosi Woo, an artist/animator from Taiwan.

Rogerio Rios is a professional advertising Illustrator since 2012. Currently he is venturing into comics, taking part in a project called Heel Turn. He also performs as a translator and interpreter for architecture articles and events in Brazil.

Manuel Gil Fernández, translator and proofreader from Spain. Working on both scientific translation and his life's passion, fiction in all its forms. He’ll beat you at Rocket League any day.

Want to support the comic?

There are a lot of ways you can help! We have a Store where you can pick up Mara merch. There's also a Patreon where you can gain access to an exclusive Discord server, early comics, or even sketches and early concept art. If you'd rather do a one time donation, we also have Ko-fi.

You can also support the comic for free by voting for us on Top Webcomics and sharing it with your friends. Mara will never be behind a paywall.

Click here to join our Patreon and gain access to early comic pages and the exclusive discord!

Join Mara on her journey and get free bonus art

Mara is going to print! 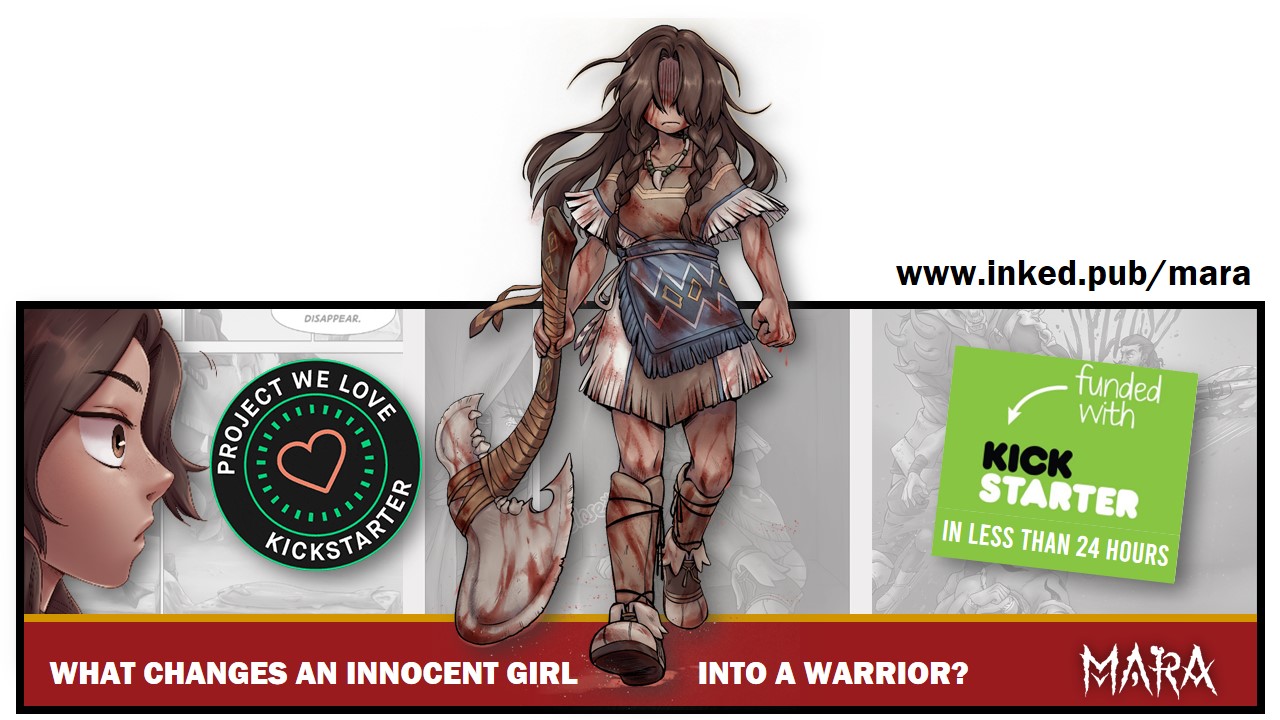 Preorders for Mara in print are still available! Get your print comic, stickers, postcards, and minis before time runs out!